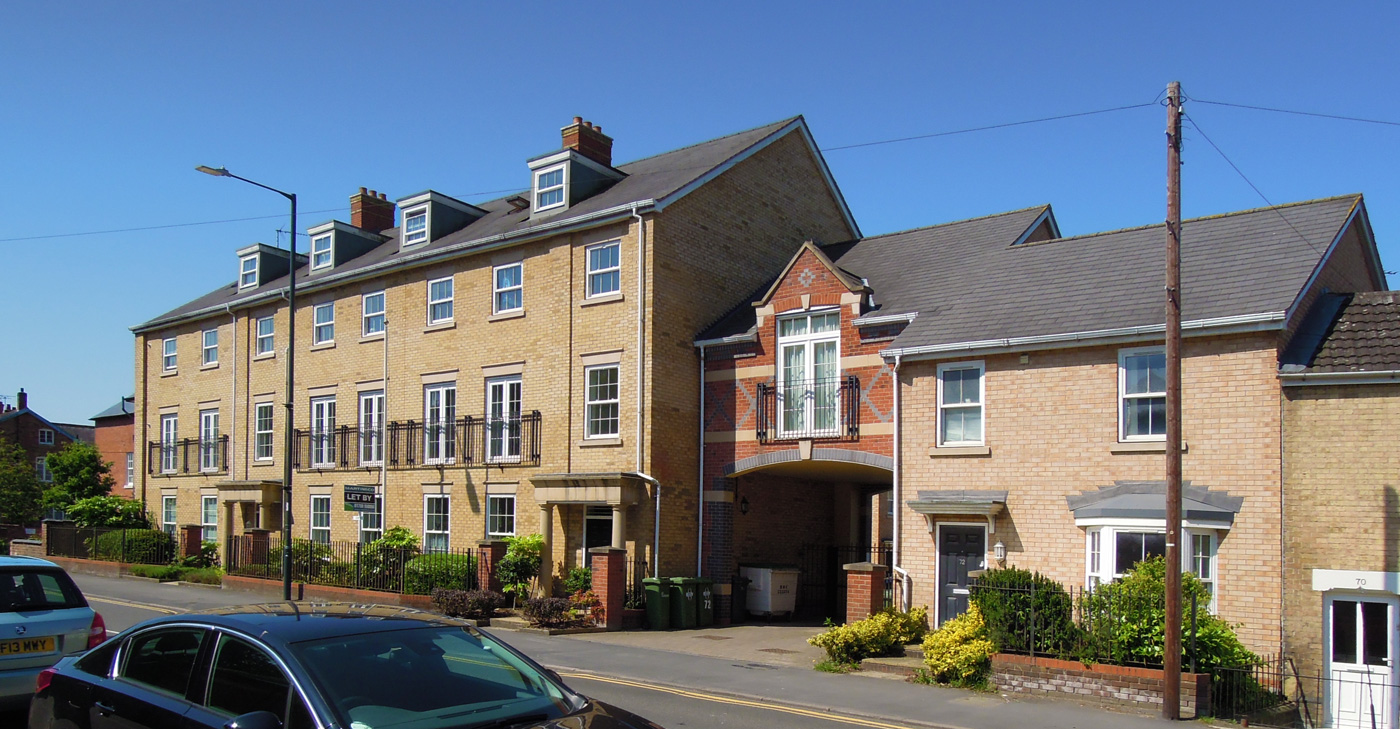 This development was conceived at the time that the Government where setting minimum density levels.

The former use of the site was an urban petrol station which fell out of favour due to supermarkets entering in to the petrol sales market.

The redevelopment represented a massive planning gain that was still not supported by local policy. However, through negotiation planning permission was obtained.

A redevelopment of 18 units (including apartments and linked traditional town houses) incorporated a blend of Rugby’s yellow brick Georgian character and the polychromatic Victorian style influenced by the character of the school.